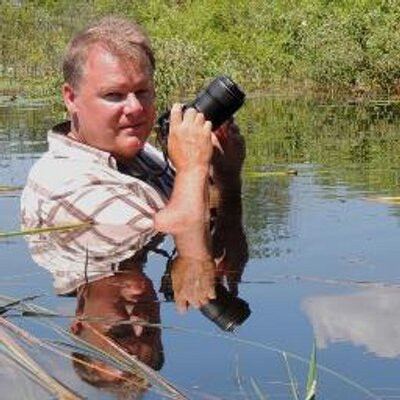 Thank you for visiting! This site is a work in progress; an ever-expanding portfolio of (mostly) natural history works on an epic scale. Over 1,000 images are currently housed here, but I have a backlog of tens of thousands of other images and am constantly adding material. I am also a very active photographer and shoot new material weekly. Subjects range from the most well known organisms to animals and plants nearly no one has heard of. Geology, various habitats, astronomy, water features and much more can also be found here. While subjects are well organized, this site's search engine is quite efficient. Entering the name of a subject should take you right to it. If you're looking for a particular subject and don't see it here, let me know as I may have it elsewhere in the files. I always stand ready to assist: jimmccormac35 AT gmail.com

My sincere thanks go to Chelsea Gottfried, who helped me tremendously in getting this site up and running. She did much of the heavy lifting in figuring out the nuances of the operating platform, determining design and layout, and numerous other facets of building a large photo-centric website.

Jim worked for the Ohio Department of Natural Resources for 31 years, first as a field botanist and later specializing in wildlife diversity projects, especially those involving birds. He has authored or coauthored six books. One of these, Wild Ohio: The Best of Our Natural Heritage (Kent State University Press), won the 2010 Ohioana Book Award. Other books include Birds of Ohio (Lone Pine Publishing 2004), Great Lakes Nature Guide (Lone Pine Publishing 2009), and Ohio Lake Erie Birding Trail Guidebook (Ohio Sea Grant 2013). Jim was a coauthor of the Second Atlas of Breeding Birds in Ohio (Penn State University Press 2016) and was a coauthor of the technical manual Floristic Quality Assessment Index (FQAI) for Vascular Plants and Mosses for the State of Ohio (Ohio Environmental Protection Agency 2004). Jim has written a column, Nature, for Ohio's largest circulation newspaper, the Columbus Dispatch, since 2005. This is one of the longest running natural history columns in publication, having debuted in 1922 and with only three authors to date (Edward S. Thomas, 59 years; Jim Fry, 29 years; Jim McCormac, 2005 to the present). McCormac has written scores of articles for other publications and is a longtime contributing editor for Bird Watcher's Digest, where he pens a regular photography column. A prolific speaker, Jim has delivered hundreds of presentations on a wide variety of topics throughout the eastern U.S. In 2015, the Ohio League of Sportsmen named him Conservation Communicator of the Year. Jim has had hundreds of photographs published in a wide array of forums.

I've been taking photographs for several decades but never became fully engaged in photography until 2003. That's when I got my first digital camera. Since then, photography has become a passion and a constantly growing addiction. If you delve back far enough into my natural history blog, you will see photos that were made with a range of cameras. Early on was a Canon Rebel DSLR, followed by a Nikon D7000. I've since returned to Canon and use their gear exclusively. My current camera bodies are a Canon 5DS-R and 5D IV - both are awesome cameras, each with their own primary purpose.